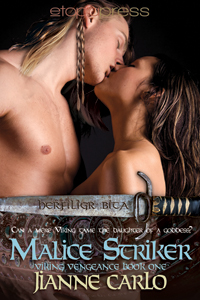 Can a mere mortal Viking tame the daughter of a goddess?

When Scotland’s King Kenneth orders his death and kidnaps his sister, the Viking Brökk—the Malice Striker—plans his vengeance: he’ll steal the king’s bastard daughter from Sumbarten Abbey and use her to buy his sister’s freedom. But his schemes go awry when his liege lord commands him to wed Skatha—and when he finds five women instead of one at the Abbey, none will claim the King as father.

When the Viking abducts Skatha and her women, she’s bewildered. Why did Brökk seize her? Why does he want her for his wife? She weds him willingly enough when he threatens to kill her companions, but she vows to control her own destiny and escape. For if the Viking discovers her secrets, the laws of his people will force him to cast her aside…or kill her. And even Skatha, daughter of a goddess, might not escape the Viking’s wrath… 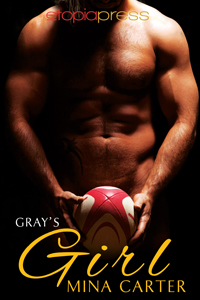 International rugby star Leighton Gray, Big L to his fans, is at the top of his game. Ruthless on the pitch, he’s living the dream. Maybe. Lonely, he’s looking for someone special to share his success with, but can’t stand the vapid women who flock around the team. When his best friend Damon tries to set up a blind date for his sister with one of their teammates, Gray steps in. He had a crush on Damon’s sister for years, so if anyone is going to take her out, it’s him.

After finding her boyfriend balls deep in the blonde from down the hall, Frankie Cross is done with men. So she’s not impressed when her brother tells her that he’s set up a blind date with Leighton Gray, the scrawny waif he befriended years ago. But when she sees the giant Adonis standing in her doorway, she changes her mind. Little Leighton’s all grown up, and she’s having some very adult thoughts about the man he’s become…

Sex hot enough to burn their worlds down…

Pietro doesn’t think he has time for love. Being a demon king and part owner of Seven Sins Inn leaves him little time for women. But when his friends claim that they’ve found the perfect match for him, Peitro is determined to prove that he doesn’t need a set up–he can find his own date, thank you very much. Undeterred, his friends send him to investigate a “problem” at one of the Inn’s guest functions, where Pietro sees the woman of his dreams, right there in the very kissable flesh.

Paranormal negotiator Callisto Monroe went to the Seven Sins Inn for a friend’s wedding, hoping she could scope the place out for work. But she didn’t plan on being swept away by the hot, dark-haired demon, or spending a weekend having the hottest sex of her life. All that’s well and good. But when things get too hot to handle, how is she supposed to protect her heart? 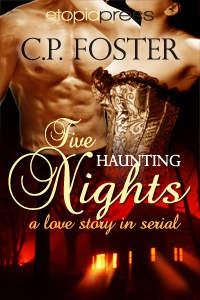 One night of love to last all year…forever.

At midnight on Halloween, in a crumbling old Victorian house, he answers her invitation. His invisible seduction begins with music, then with words that shock and arouse. From his unseen lips, “whore” is a silken caress that makes Olivia flush with desire, while his ghostly hands pleasure her body. But at sunrise, he is gone.

Each Halloween, her mysterious phantom spends the night making love to her, mastering her body and soul. But it can’t go on forever. The place is falling into ruin, and it will eventually be too dangerous to enter. But Olivia can’t bear to let him go…

Trust is the ultimate weapon in the battle against evil.

Single mother Shay McKeon is no dummy—she’s intelligent as well as street-smart. But when she receives a phone call threatening her children, she rushes headlong into the hands of evil.

Saved from certain death by Mason Constanza, who calls himself a Guardian, Shay is taken to the Realm of Light, where she learns her husband never abandoned her as she’d thought, and that good and evil are nothing like she’d imagined. Learning to deal with her own existence as a Guardian, Shay’s attraction to Mason grows. But she has her own demons to battle, and when her daughter is abducted, she’ll have to trust Mason and his team. But Mason has his own ancient battles to fight…

Spend a sexy Halloween night On the Rox…

Roxanne Martin never expected to have much luck at the Halloween costume bash, but her distinct lack of sex has made her tired of being timid. No more Sex For One in the shower–tonight she’s determined to find a real live man, one with some nice Halloween treats just for her. Tonight she’s going to live out her fantasy–as the girl who takes what she wants. Her naughty nurse costume and five-inch heels are turning all the right heads, but can she really do a one-night stand with a hot, sexy stranger? And can she do it twice?

Buy On the Rox here:
Amazon
Barnes and Noble
All Romance Ebooks