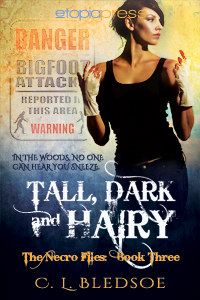 
In the woods, no one can hear you sneeze…

Daisy Janney–college student and assistant mortician–can’t wait to get out to the country to attend a music festival for spring break. Her favorite band Shizknit will be there. But so will the bugs. And the bathrooms at their campsite are just…wow. Then there’s the secret war being waged by the wizards of the council and a mysterious group of creatures that look a whole lot like bigfoots (bigfeet?). Whatever they are, they seem to know something about Daisy that she doesn’t, and they aren’t telling. Now she’s got to save an entire race of mythical—scratch that, very real but kind of smelly—creatures from the clutches of the deranged (and equally smelly) leader of the council, Caroline. If she plays her cards right, Janie might be able to stay alive…and she might even get to spend what’s left of spring break getting to know the bass player for Shizknit a little better… 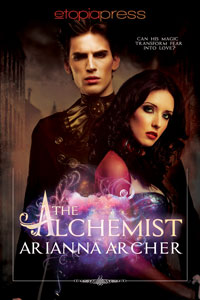 Is it alchemy that transforms fear into love?

Italy, 1565—Niccolo is a philosopher, a nobleman, and an honorable man. He’s also an alchemist—considered a heretic and an enemy of the church. When his beloved fiancée dies of a mysterious ailment on the eve of their wedding day, Niccolo loses all direction. Maddened by grief, he attempts a desperate, unthinkable act, one from which there is no turning back: transformation of the dead into the living…

Italy, 2015—While excavating a Renaissance-era burial site, Julia discovers a beautiful but mysterious carving. Wreathed in classic period symbols—a cross, a family crest, an open book—the piece contains another symbol she can’t quite place—an alembic—a type of distillation apparatus used in alchemy. Then she finds something else—a burial plaque commemorating the deaths of two people, a man and a woman. Curious, Julia continues to excavate the site, but before she can complete her work, something gives way beneath her and she falls…or is pulled…through the darkness and emptiness of time…

But when Julia turns up in the body of Niccolo’s fiancée, confusion battles with danger. Inextricably drawn to one another, Julia and Niccolo find solace in each other’s arms. But to love again, they’ll have to defy the deadly prejudice of others and the terrifying power of the Spanish Inquisition. Between love, loss, and murderous betrayal, can the alchemy of love create enough magic to save them?

Etopia Press is an electronic publishing house dedicated to readers and authors. We're looking for the best, most unique, most well-crafted stories out there -- and we know they're out there. By taking advantage of emerging electronic markets and media, as well as existing online and print opportunities, we can provide readers with a wider variety of books and ideas, and give authors an opportunity to get the best editing and cover art in the business. The only requirement: the book has to be good. Good plots, interesting characters, engaging conflicts, well-crafted prose. Write a good book, and people will want to read it.
View all posts by etopiapress →
This entry was posted in Etopia Press, New Releases and tagged Arianna Archer, cl bledsoe, humor, paranormal, Tall Dark and Hairy, The Alchemist, time travel romance, Urban fantasy. Bookmark the permalink.
%d bloggers like this: