Posted on January 9, 2015 by etopiapress


Tyler Blake is making quite a name for himself in the racing circuit and has everything he’s ever wanted—fame, the support of his family, and hot women clamoring for his attention. But he can’t get a certain bookseller out of his head. The passionate night he spent with Michelle Bradley on the eve of his brother’s wedding still haunts him. He’s too busy living the dream to want commitment, but when he hears Michelle is seeing someone, it bothers him more than he’s willing to admit.

Michelle Bradley is making some major changes in her life. Fed up with months of pursuing the elusive Tyler Blake, she’s ready to throw in the towel. The night she spent with Tyler might as well never have happened, because he doesn’t seem to know she’s alive. But when a cooking class inspires Michelle to funnel her passion into the fine art of cuisine, she finds a new outlet: writing a food blog. Until a glimpse of Tyler on television kissing a woman after a big win sends her into a tizzy. With the help of the Blake women, Michelle kidnaps Tyler and takes him to a secluded cabin so they can have it out once and for all. She hopes the fabulous meal she’s prepared will entice him to stay, at least long enough for dessert…


Everyone has a secret. Be careful who knows yours.

No one ventures into the Black Forest without good reason. The townspeople of Pine Ridge keep far outside its border, for there’s more living among the trees than meets the eye. There are witches in the woods. Witches like the Edgewood Sisters. Under the cover of darkness, the sisters serve the people of Pine Ridge with potions or gifts of the flesh. But there’s something else in the forest, something beneath the waterfall that must be kept caged at all costs.

When the sheriff, Jarrett Deaton, falls for the beautiful Thorne Edgewood, secrets begin to surface and terrible whispers of past crimes pit the sisters against the town. A battle between white and black magic mounts as the Edgewood sisters take on a shrouded creature, hell hounds, a jealous witch and an evil warlock. As the town calls for blood, Thorne’s struggle between the light and dark leads her further and further down a dangerous path, and Jarrett might not be able to save her. Everyone has a secret. But no secret can remain buried forever… 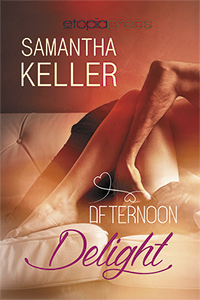 
Was it just friends with benefits, or was it more?

Their friendship was changing. Carrie Hill had been attracted to hot contractor Mike Gilbert for years. Too bad they were both involved with other people. But when suddenly-single Carrie calls him to do some work on her house, she learns her hot contractor is a newly divorced hot contractor, and the time for hiding their feelings is over. Both want to rip each other’s clothes off, and when they do, the sex is hotter than Carrie could have dreamed. But can a friends-with-benefits arrangement succeed without ruining their friendship? What if it didn’t work out? And what if it did?