A vision. A lost talisman. A dangerous journey through time…

A month after their bonding, Ari and Andreas are still adjusting to married life when they learn the hard way that the O-Seven, the terrifying and brutal vampire elders, still have them in their sights. A three million dollar bounty hangs over each of their heads, and there’s no lack of assassins eager to collect.

When the local seer has a terrifying vision of the destruction of Riverdale, it’s up to Ari—as usual—to keep everyone safe. Only this time, an enemy from the past has bound her fire powers, and the city’s string of arsons seems connected.

Daron, the vampire prince in Toronto, has information that two of the vampire elders are on their way to Riverdale. Which can’t be good. Only a risky and unprecedented journey through time can provide the help they need. But that will leave Andreas to face the O-Seven alone… 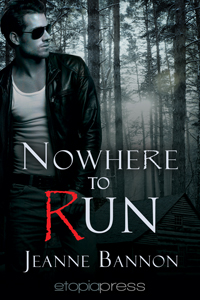 What’s a girl to do when she falls in love with the man whose mission it is to bring her down?

With the murder of her only sister, Sara, just a few months past, Lily Valier—a woman of beauty and substance—tops the sheriff’s list of suspects in small town Maine, and for a very good reason. Dear old Dad had willed his fortune to Sara and only Sara, leaving Lily to fend for herself. However, with no murder weapon or witnesses, the evidence against Lily is only circumstantial.

Enter P.I. Aiden O’Rourke, black-haired and blue-eyed, charged with gaining Lily’s trust and learning her secrets, all to finally get the goods on her. Things move fast and feelings run deep, yet when Lily discovers the truth about Aiden, everything begins to come apart.

Aiden’s torn. Despite his feelings for her, Lily is the most logical suspect, with a great big fat motive. Except something’s not quite right. Aiden trusts his instincts and they’re screaming at him to have a look at a former suspect with far more to hide than first appeared. With little left to lose, Lily decides to stand her ground, and staying put has its consequences when the murder weapon finally turns up—and it’s Lily’s gun.

What happens to love, when trust is betrayed?

Conspiracy, murder, and magic…and the death of all they hold dear.

When the first wanderer—a common elf who isn’t authorized to use the portal—is spotted on the streets of New Orleans, the king assigns Kameo Ryndel to assist in the elf’s capture. But before she can intervene, humans with guns shoot the wanderer and steal his body. When Seth Lormarc, an Elite elf from a rival guild, appears at the scene, Kam suspects he is involved.

Seth Lormarc is in New Orleans to find out who was behind the portal breach, and his best lead is the intriguing Kam Ryndel. When he stakes out her apartment and finds her sneaking out in the middle of the night, dressed in black and leaping to the top of the nearest building, he knows there’s something unique about the beautiful elf. That kind of feat requires magic. Ancient magic.

As their paths cross during their investigations, they develop an irresistible attraction, although there’s little time for romance. The portal breach is tied to an illegal smuggling operation that has come to the attention of the human CIA. But the stakes are raised when Kam and Seth discover a band of conspirators and a rebellion deep in Elvenrude that promises nothing except destruction of their world.

Etopia Press is an electronic publishing house dedicated to readers and authors. We're looking for the best, most unique, most well-crafted stories out there -- and we know they're out there. By taking advantage of emerging electronic markets and media, as well as existing online and print opportunities, we can provide readers with a wider variety of books and ideas, and give authors an opportunity to get the best editing and cover art in the business. The only requirement: the book has to be good. Good plots, interesting characters, engaging conflicts, well-crafted prose. Write a good book, and people will want to read it.
View all posts by etopiapress →
This entry was posted in Etopia Press and tagged Ally Shields, Cross Keys, Guardian Witch Book 6, Jeanne Bannon, Nowhere to Run, Wild Fire. Bookmark the permalink.
%d bloggers like this: