A dead body, black magic, and a vampire enforcer…

Ari thought her biggest problem was deciding if she should move in with her vampire boyfriend, Andreas. That was before they found the dead body at the bottom of the Riverdale cliffs. And before she realized he’d been cursed by black magic.

Just as she begins the murder investigation, the vampire rulers in Europe send an enforcer to make inquiries into the recent defeat of the Toronto vampire prince. While Andreas has taken responsibility for the brutal dictator’s death, there is much about the incident that he and Ari must keep to themselves—secrets the vampire elders would stop at nothing to learn.

With threats of retaliation hanging over their heads, Ari moves into Andreas’s Victorian mansion—for safety’s sake—while the enforcer begins a campaign of terror. Ari is caught between competing dangers and challenges: black magic, a ghost, a missing Native American artifact…not to mention a new roommate…all while trying to stay alive…

Selina Rosewall had given up on love, but while helping her brother further his merchant fleet business, she meets Sir James Mitchell, Lord of Penventen. Their attraction is mutual, but what James wants from the relationship goes further—much further—than Selina could have expected. And she learns that in the world of the Ton, scandal and deceit are commonplace.

For Sir James Mitchell, Lord of Penventen, it’s hard to say which is more dangerous: being a spy or being considered husband material by the Ladies of the Ton. With political machinations threatening to draw England into the violent wake of the French Revolution, the last thing James expected was to fall in love with Selina Rosewall, daughter of an untitled seafaring family. But when James’ investigation stirs up a hornet’s nest, can he protect Selena from danger that threatens her very life? 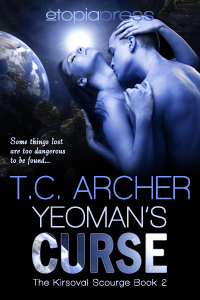 
Some things lost are too dangerous to be found.

Some call her a pirate, but Destiny calls herself treasure hunter. When she and her lover Shane Richards happen upon a derelict Kirsoval harem slave ship, they chance a salvage operation that could be the bonanza of a lifetime…or a lifetime of horror. But when it comes to Kirsoval treasure, there may be no one better suited than Richards to face the dangers. His dark violet eyes are the only hint of the Kirsoval blood that flows through his veins—the very thing that might save them, or pit Destiny against the man she loves…

Her gift could save a missing girl…or destroy her relationship forever.

After receiving a troubling Tarot reading, Chloe just knows something big and bad is about to happen. Her ability to communicate with animals and shape-shifters is going awry, and her growing psychic abilities are beginning to scare her. Despite her unease, she won’t let anything interrupt her trip to Scotland to spend the holidays with her shape-shifter boyfriend’s family. Jorge is everything she’s always wanted, and the fire between Chloe and the passionate panther-shifter burns hot. But meeting his family has her nerves in knots.

When Jorge’s sister goes missing, Chloe’s psychic abilities might be the only thing that can help them find her. But things don’t go as planned, and with confusing psychic visions clouding her judgment, Chloe makes a mistake and an animal is injured. And Chloe fears she might hurt Jorge as well…

Etopia Press is an electronic publishing house dedicated to readers and authors. We're looking for the best, most unique, most well-crafted stories out there -- and we know they're out there. By taking advantage of emerging electronic markets and media, as well as existing online and print opportunities, we can provide readers with a wider variety of books and ideas, and give authors an opportunity to get the best editing and cover art in the business. The only requirement: the book has to be good. Good plots, interesting characters, engaging conflicts, well-crafted prose. Write a good book, and people will want to read it.
View all posts by etopiapress →
This entry was posted in Etopia Press, Historical, New Releases, Paranormal Romance, Urban Fantasy and tagged Ally Shields, Blood and Fire, Guardian Witch Series, Historical Romance, Katya Armock, Moonstone Obsession, paranormal romance, Regency, shapeshifters, T. C. Archer, To Growl or to Groan, Urban fantasy, Yeoman's Curse. Bookmark the permalink.