Romance and Mystery Releases for January 2012

Check out our new romance and mystery books for January 2012! 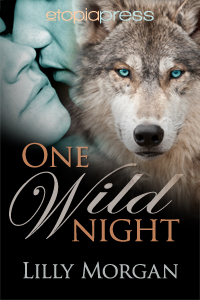 One night a year, it’s all about sex…

Cari Lopez has looked forward to the Wild Night Ball all year–so she could tell Kane Reese just what she thought of him for standing her up at last year’s Wild Run. The dashing heir to the New York alpha had made all the right moves, but he’d disappeared just before the fun really started, leaving her angry and embarrassed, yet aching with the memories of his hands and lips on her skin. But she’s a low-ranking werewolf from the small Miami pack, the first-generation American daughter of a Cuban janitor, and Kane is werewolf nobility. What would the heir to one of the most powerful packs in the country, the son of the reigning Alpha Rex, want with a nobody like her?

Kane Reese wanted nothing more than to find the woman who’d haunted his dreams since last year’s Wild Run. The Wild Night Ball was supposed to be free of teeth and claws, the one night a year when it was all about joy and sex and running wild in the moonlight. But last year’s Ball had ended in bloodshed, and Kane’s duty as the next heir was to protect his pack. But with shifting pack rivalries and a rogue pack out to challenge his father’s place as the Alpha Rex, Kane hopes this year’s Wild Run won’t turn ugly. All he wants is to find that gorgeous little wolf and take her under the moonlight among the whisper of the pines… 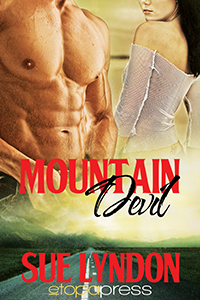 Only deal with the devil if you can resist his charms…

On the eve of her wedding with Mr. Wrong, Ella Emerson’s cold feet lead her to the Catoctin Mountains, where a few days in the woods seems like the best way to clear her head. But when she’s attacked by an escaped convict, hiding out in the woods becomes more dangerous than she’d planned. And the convict isn’t the only one who’s looking for her.

Bounty hunter Ed Peters can’t believe his bad luck—the convict he’s trailing has run right into a police ambush. There goes payday—or maybe not. The beautiful woman in his sights has a $10,000 reward on her head, and she’s more than willing to let him collect: if he can keep her hidden until all the wedding guests leave town. Seems like easy money until the tension between them explodes into a passion neither of them expected, and Ed finds that what Ella really needs is a good spanking…

But when Ella returns home, Ed finds her difficult to forget, especially when he learns the dangerous truth about the man she’s decided to marry after all…

Just when Miami photographer Liz Volpe believes she’s found the love of her life in federal public defender Jules McAdams, she’s shocked to find out she was wrong. She’s even more shocked to wake up on his lawn, hung over and wondering what happened the night before, only to discover that he’s been murdered. And now she’s the prime suspect. Even as she doubts her own innocence, Liz must find the real killer…or face life in prison.

Etopia Press is an electronic publishing house dedicated to readers and authors. We're looking for the best, most unique, most well-crafted stories out there -- and we know they're out there. By taking advantage of emerging electronic markets and media, as well as existing online and print opportunities, we can provide readers with a wider variety of books and ideas, and give authors an opportunity to get the best editing and cover art in the business. The only requirement: the book has to be good. Good plots, interesting characters, engaging conflicts, well-crafted prose. Write a good book, and people will want to read it.
View all posts by etopiapress →
This entry was posted in Etopia Press, Mystery, New Releases, Romance and tagged Backlit, Erotic Romance, Jacqueline Corcoran, Lilly Morgan, Mountain Devil, mystery, One Wild Night, paranormal romance, Romance, Sue Lyndon. Bookmark the permalink.
%d bloggers like this: